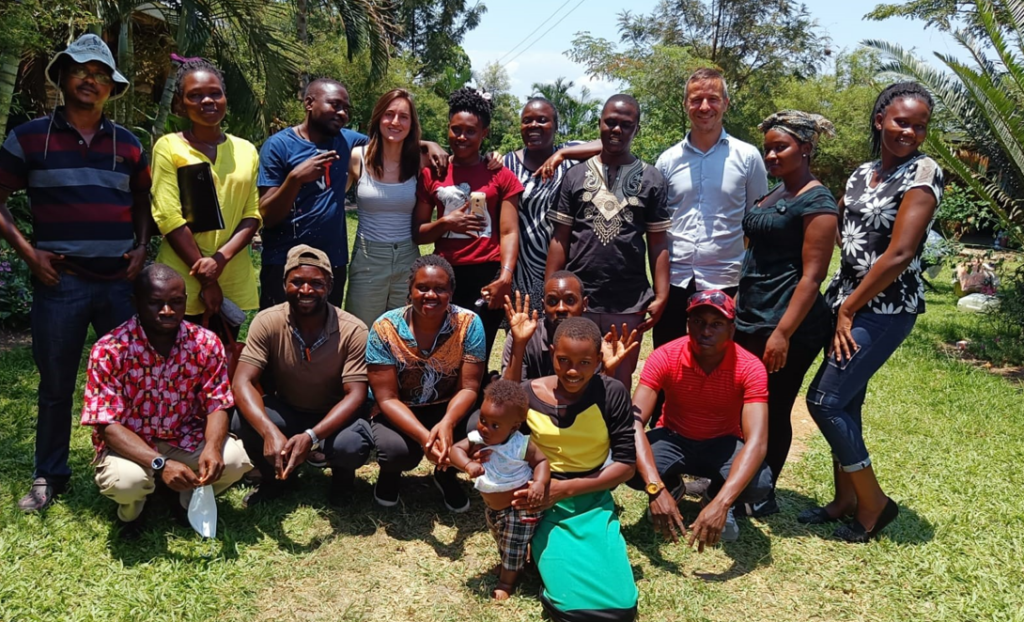 Femke and Bart with the interviewers of the Mountains of the Moon University in Fort Portal. Before going out to the families and to take water samples, they received a training. © Femke Maes

Uganda – Until recently, safe drinking water was not a given for the communities of Mahyoro subcounty on the edge of Lake George. They used boreholes, drew water from the lake and the rivers, or dug for groundwater near their homes. Until recently…

Join For Water and the Ugandan NGO HEWASA joined forces in 2021 to tackle this precarious situation, resulting in nine new drinking water points spread across the villages. Not only an investment that was enthusiastically received by the communities, but also a great opportunity for scientific research!

Professor Bart Defloor and doctoral student Femke Maes of the Faculty of Economics and Business at Ghent University dive into the scientific side of things. They focus on three questions:

Supported by a team of twelve from the university in Fort Portal, they went into the field twice to collect data. 70 percent of the population was questioned about their drinking water behavior and a drinking water sample was taken in every home visited. We can already give you a hint of the results.

Before the intervention, 90 percent of the drinking water samples were found to be of poor quality and the majority of the community indicated that they were prepared to pay up to 100 UGX for a jerry can of pure drinking water. With the same amount you can for example buy charcoal two times. We still have to wait for the final results of the analyses after the drinking water intervention, but the lab already communicated that it has noticed a significant improvement. To be continued.

Orando is the committed leader of the Village Health Teams who knows every family by name and who was there for us every day. Under his watchful eye, households are informed about the importance of safe drinking water, the use of the water points and the participation in our research.

We keep in touch with Orando to stay informed about the use of the water points and to report back on the results to the families.

Orando: “I have been campaigning for safe drinking water in our community for a long time and can now proudly say that this dream has come true together with Join For Water and HEWASA.”